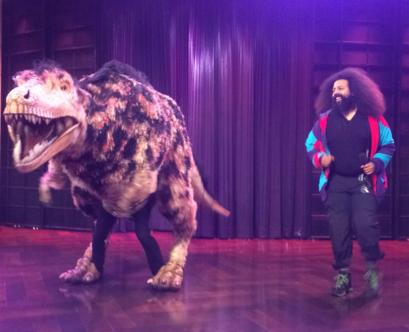 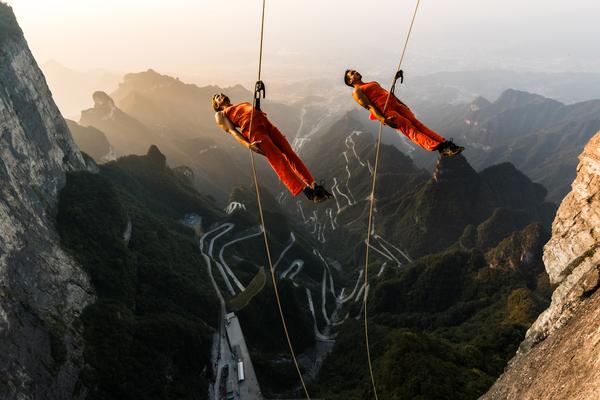 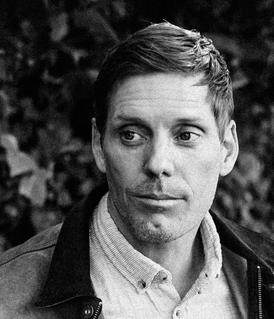 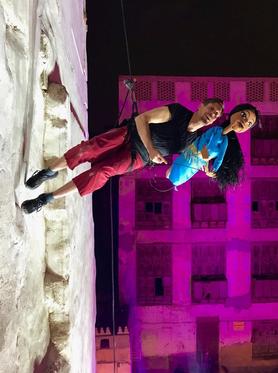 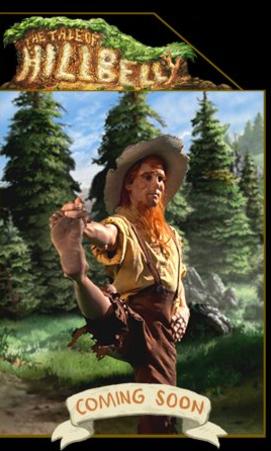 MARK IS A WRITER, DIRECTOR AND PERFORMER LIVING IN Brooklyn.  He'S BEEN WRITING DOWN STRANGE STORIES AND IDEAS EVER SINCE HE WAS A SMALL BOY IN A DUSTY,  COLORADO TOWN...
​
As a young performer at Middlebury College, Mark choreographed a duet that was selected for the American College Dance Festival AT THE KENNEDY CENTER.  Soon after, performing with Bandaloop, he was a soloist on PBS’s Great Performances.  With Bandaloop - ​A COMPANY THAT Celebrates the human spirit through a cOMBINation of ROCK-CLIMBING AND DANCE - he returned to the Kennedy Center, appeared on the LATE SHOW with David Letterman - a segment that garnered a technical Emmy - and toured with the company for nearly two decades throughout the U.S. and to more than a dozen countries on 5 continents, Working in countless challenging cultural and wild locations FOR FILM, TELEVISION, and Diverse live audiences, including:  passing the beheading square DAILY on the way to PUBLIC shows DURING A TERRORISm ADVISORY in Saudi Arabia; originating choreography using novel rigging technology, and then training novice aerial dancers, through translators, to perform at a professional standard in only 15 days in Tokyo; being mobbed by a press of fans at the edge of a crumbling stone escarpment after Performing On Hyderabad's Golconda fort, INDIA; dancing FOR THE CHILDREN OF SOWETO on aN APARTHEID ERA water tower that never held water under street lights hung so high, their distant light darkened the neighborhoods below; looking into the sights of a sniper RIFLE trained on him while rehearsing on a building in Johannesburg for the earth summit; and, dangling in dawn light at the end of a single line off thousand foot cliffs in Yosemite’s backcountry and on Tianmen Mountain in China's Hunan province with extreme digestive discomfort.  He served as an artist-ambassador on Bandaloop Tours to India and China Sponsored by the u.s. State Dept,  and as a Director and Scout for the company.
Mark has performed his own work at Middlebury college, the Dublin Fringe Festival, and in Jackson Wyoming, and with other companies that combine dance and theater in Berlin, New York, Los Angeles and San Francisco, notably working with puppeteer Basil Twist in his collaboration with Joe Goode, 'WONDERBOY.'  With the multiple award winning Encyclopedia Pictura, Mark was life-cast and donned extensive FX Prosthetics to create the title character of the short film, 'The tale of HILLBELLY'.  At The Natural History Museum of Los Angeles County and at The La Brea Tar Pits And Museum, he operateD the full-sized, juvenile T. rex puppet - designed by erth - and the animatronic head of the Saber-toothed Cat puppet - Designed by Jim Henson's creature shop - and wrote, directed, and presented 'Encounters', programs that bring science to life through theater.  As T. rex, mark performed with John Leguizamo, and Reggie watts, chris Pratt, Bryce Dallas Howard, and Jake Johnson on The Late Late Show with James Corden.  Most recently, He combined puppeteering with improv comedy for a project at Netflix with Andy Rocco kraft.  fueled by these experiences, Mark is a professional screenwriter who crafts diverse, sound and entertaining stories for film, Television, and comics.  He has benefited from the guidance of James Parriott and Erich Hoeber,  and has collaborated on projects with Jon Hoeber.
Mark has a BA in Theater-Dance and a Master's Degree in Psychology with an emphasis on Depth and Archetypal Traditions - his thesis focused upon imagination and fantasy.  He has studied Long-Form improvisation and storytelling at Upright Citizens Brigade.  In addition to Performing, Directing and writing, he has worked as an Executive Advisor, Creative Manager, teacher, coach, therapist, and trainer for Organizations, actors, dancers, DEsigners, athletes, puppeteers, surfers, and individuals who defy description.  He is also the recipient of numerous academic merit scholarships, honors and awards.
View on Mobile